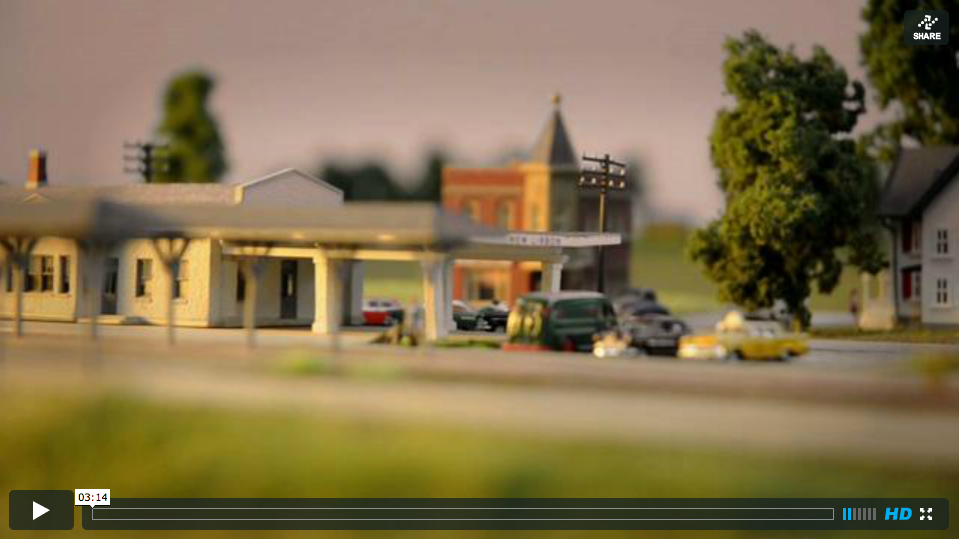 Every year during the Christmas to New Year’s holidays we set up a portion of our modular layout for a few weeks to “run some trains”. In addition to just being an excuse for most of us to get together and have a little fun on our own we also try and capture a few images from around the layout.  Well last year we decided to play around with a new digitial SLR (Nikon D300S) that has an HD video camera function to capture the current state (back then) of the n-scale Modutrak layout. We stitched together several clips of video we shot throughout the day and humbly present it below:

For those that are curious about the technical details, we recorded most of this on a Nikon D300S at 720p. Using a digital SLR means you can use a variety of different lens and produce something that looks more like professional film. That said, recording anything this small and closeup resulted in compromises mostly in depth-of-field issues. Stopping down the lens helps, but introduces more visible noise to the movie due to the low light levels. We used a bank of florescent studio lights with three layers of orange filter gel on them to create the late afternoon sun look. We edited the video with Final Cut Pro and did color grading in Color (exposure, color correction, saturation, sky shading and more were manipulated). We learned a lot and hope you enjoy it.